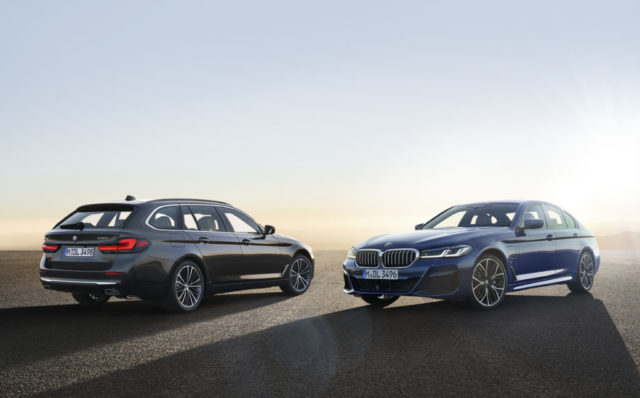 The new BMW 5 Series reaffirms its leading position in the premium executive class thanks to a new look, an interior brimming with refinements, cutting-edge innovations and even greater efficiencies, as most models now feature mild-hybrid technology.

Like the new BMW 5 Series Saloon, the new BMW 5 Series Touring will also be available with a plug-in hybrid drive system from November 2020. The use of mild hybrid technology with a 48V starter-generator will be rolled out to all models with a four- or six-cylinder engine, except PHEV and M550i xDrive models.

Inside, new interior features include a larger 12.3” Central Information Display powered by the latest Operating System 7.0, including BMW’s Intelligent Personal Assistant and Smartphone Integration. The new 5 Series also benefits from the latest camera- and radar-based driving assistant systems, including features like steering and lane-control assistant and active cruise control to name just a few.