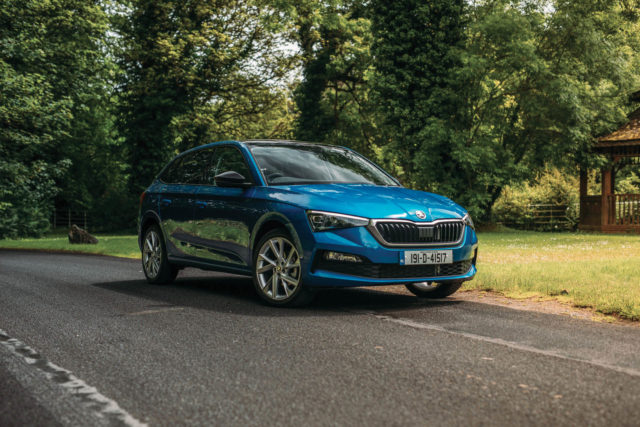 The new ŠKODA compact hatchback has been named “SCALA”. The name “SCALA” is derived from the Latin word for steps and represents ŠKODA’s recent progress and success.

The SCALA is a spiritual successor to the ŠKODA Rapid that concluded production earlier this year. While the Rapid was offered in saloon and hatchback body styles, the SCALA is exclusively offered as a hatchback. The vehicles share very little in common with the SCALA showcasing some of the most advanced technologies available in the Volkswagen Group.

The wide and low stance and protruding front grille hide the fact that the SCALA is one of the largest cars in its segment measuring 4.4 metres in length. These dimensions deliver unrivalled interior spaciousness; particularly for rear seat passengers. Boot capacity is not sacrificed with 467 litres of capacity with unfolded seats. Low fuel consumption is assured with a turbocharged line up of TSI petrol engines including a 1.0 TSI 115bhp and a 1.5 TSI 150bhp; a frugal 1.6 TDI 115bhp diesel is also available with both manual and DSG automatic transmissions.  A lower powered 1.0 TSI 95bhp petrol unit will be offered at a later date. 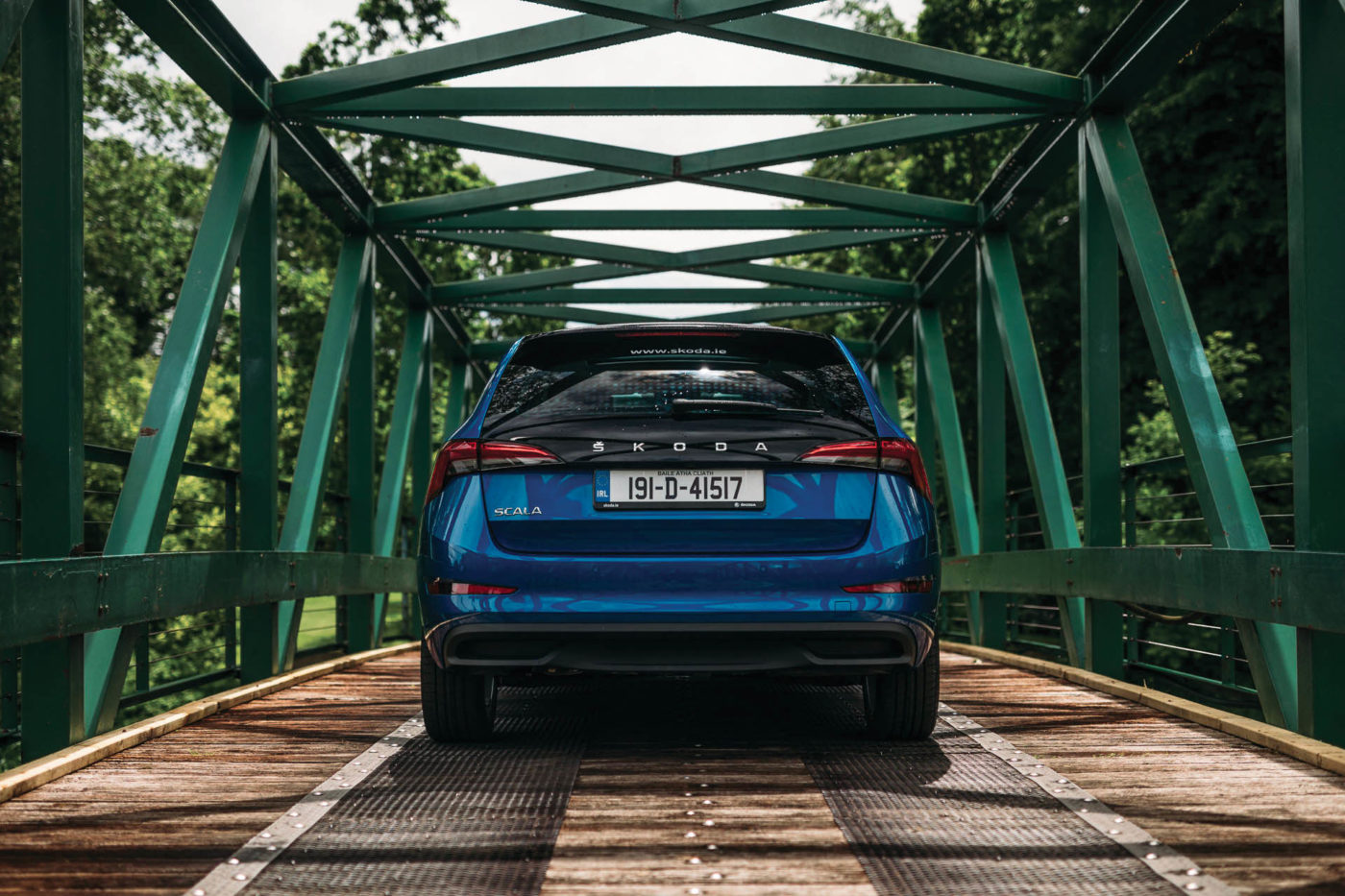 The ŠKODA brand has been leading the way, for some time, in terms of infotainment and connectivity. The SCALA will be the first brand in the Volkswagen Group to receive the third and most advanced generation of infotainment systems known internally as MIB3. The benefits of the new MIB3 units include a much cleaner cock-pit as former infotainment, and air-conditioning buttons move to controls operating from 6.5”, 8.0” or 9.2” colour touch screens.

Other benefits include wireless Apple CarPlay and Android Auto as well as wireless phone charging capability. USB-c ports are only starting to come on stream with many customers still operating devices from standad USB leads. The SCALA is future proofed with the use of USB-c ports for superior phone charging and data transfer capabilities. The SCALA is the most connected car ever launched by ŠKODA with built-in SIM cards offering access to ŠKODA Connected Services. Emergency Call functionality is offered as standard equipment.

The SCALA will be offered, initially with Ambition and Style specifications with an Active entry version to be added by year-end. The Ambition equipment includes 16” alloy wheels; Dynamic rear LED indicators, air-conditioning and a 6.5” colour touch screen unit. The Image Package, which consists of the glass rear fifth door or tailgate, will be provided as standard from Ambition.  The Style model receives 17” alloy wheels and full LED headlights as well as the Bolero 8” infotainment unit. 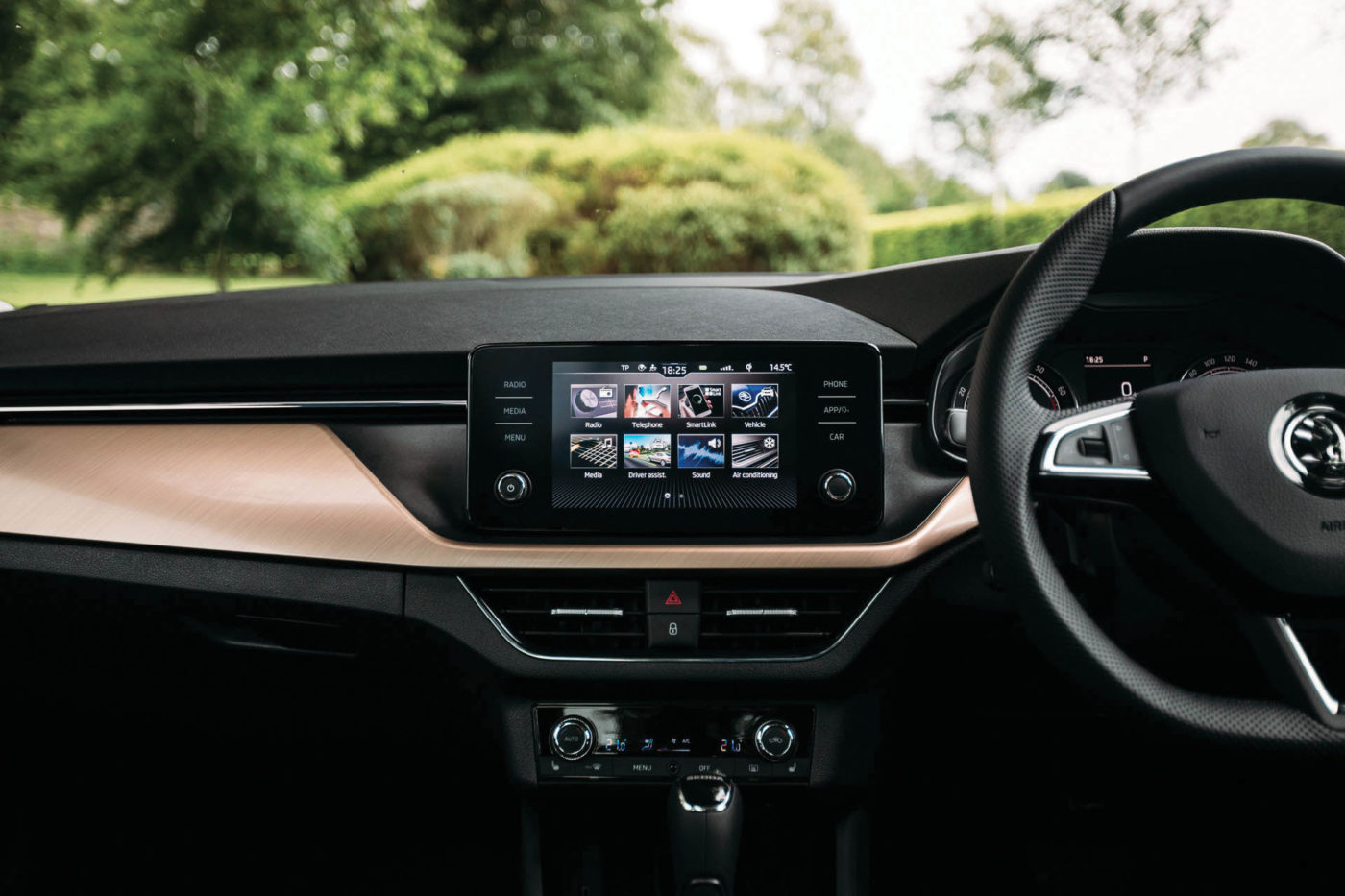 Starting from €23,650 for the 1.0 TSI 115bhp, ŠKODA expect the SCALA to be an instant success attracting a younger and more affluent demographic to the brand. ŠKODA is also offering an introductory 1.9% PCP to make the SCALA even more appealing.

Commenting at the launch of the SCALA, Ray Leddy, Head of Marketing & Product, said “We are very excited about the launch of the new SCALA. The ŠKODA brand has tremendous momentum in Ireland with the brand entering the top-five best-selling brands for the first time. We are confident the new SCALA will fuel further success. The product is priced competitively with excellent exterior design and quality interiors.”