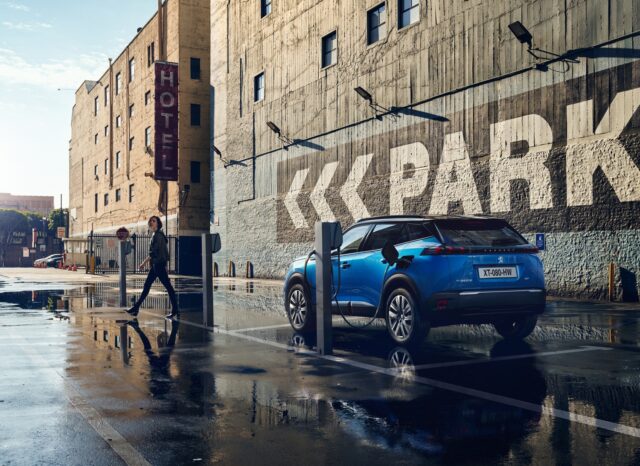 Starting off with its appearance, it’s hard not to like the styling, although this pretty much applies to most modern Peugeots. It’s an aggressive design, with a lot of angular shapes and dynamic light signatures. In this case, the front end looks like it’s projecting a pair of claws and two fangs.

The Peugeot e-2008 kicks off from €31,262 in Ireland including all relevant grants and VRT relief. The similarly specced Peugeot 2008 petrol automatic starts from €28,450. So while the electric 2008 is still carrying a premium, it’s not as much as what you might think. And electricity is cheaper than petrol, as is the motor tax on this model! Peugeot has chosen a 50 kWh battery to power the e-2008. That gives 136 hp and a WLTP range of 310 km.

The e-2008 doesn’t move around too much, feels planted, grippy and its steering is surprisingly precise. Once you overcome the slight hint of understeer, you’ll find this to be a remarkably sporty little vehicle – certainly much more fun to drive than its internal combustion engine siblings. It’s also reasonably quick, with a zero to 100 km/h time of 8.3 seconds. The instant torque definitely helps, especially around town. You feel like you’re in something quicker, as long as you don’t keep the throttle floored beyond 100 km/h. Once you cross that threshold, the e-2008 starts running out of power on demand if it’s high-speed overtaking you want. Its top speed is 150 km/h.

If you want to gain access to the full 100 kW (134 HP), to go with 300 Nm of torque then switch to sports mode. It doesn’t feel all that different though to Normal mode around town at least but it is punchier. This brings us to range, and this is where it gets a bit tricky, because while you can “theoretically” travel 320 km on a single charge in the WLTP cycle, you’ve only got a 50 kWh battery, so those 320 km are what you might call a best case scenario. If you fancy some spirited driving you’ll probably need to charge your e-2008 once every 3-4 workdays – and you’ll need fast charging in order to top the battery to 80% in about 30 min or so.

The e-2008 is probably the most fun 2008 to ride in the whole range. With no engine vibration and a smooth 8-speed automatic transmission and no engine roar as soon as it exceeds 3,500 rpm it would be my pick. The Peugeot e-2008 shines with its comfort of use combined with a good chassis. The electric motor has enough punch with its 136 horsepower and 300 Nm of torque to move this SUV comfortably. 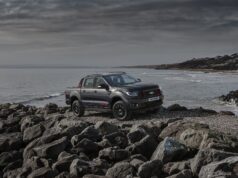