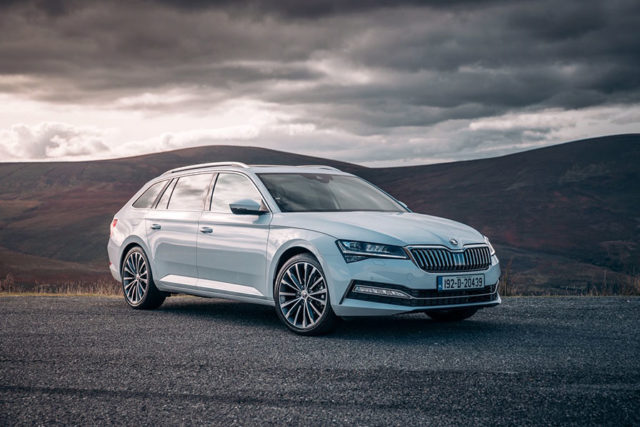 • Curtain raised on ŠKODA’s new SUPERB flagship
• New SUPERB on sale from 12th October with PCP from 0%
• New SUPERB continues to set spaciousness benchmarks in the segment
• SUPERB has overtaken many of the traditional bestsellers
• SUPERB’s competitors – 12 to 48 month old imported premium German cars
The curtain is raised on ŠKODA’s flagship the new ŠKODA SUPERB. The SUPERB was first launched back in Ireland in 2001 and has become one of the brands bestselling models with over 18,000 SUPERB vehicles currently on Irish roads. This is the third and most successful version that has been extensively revised both inside and out. 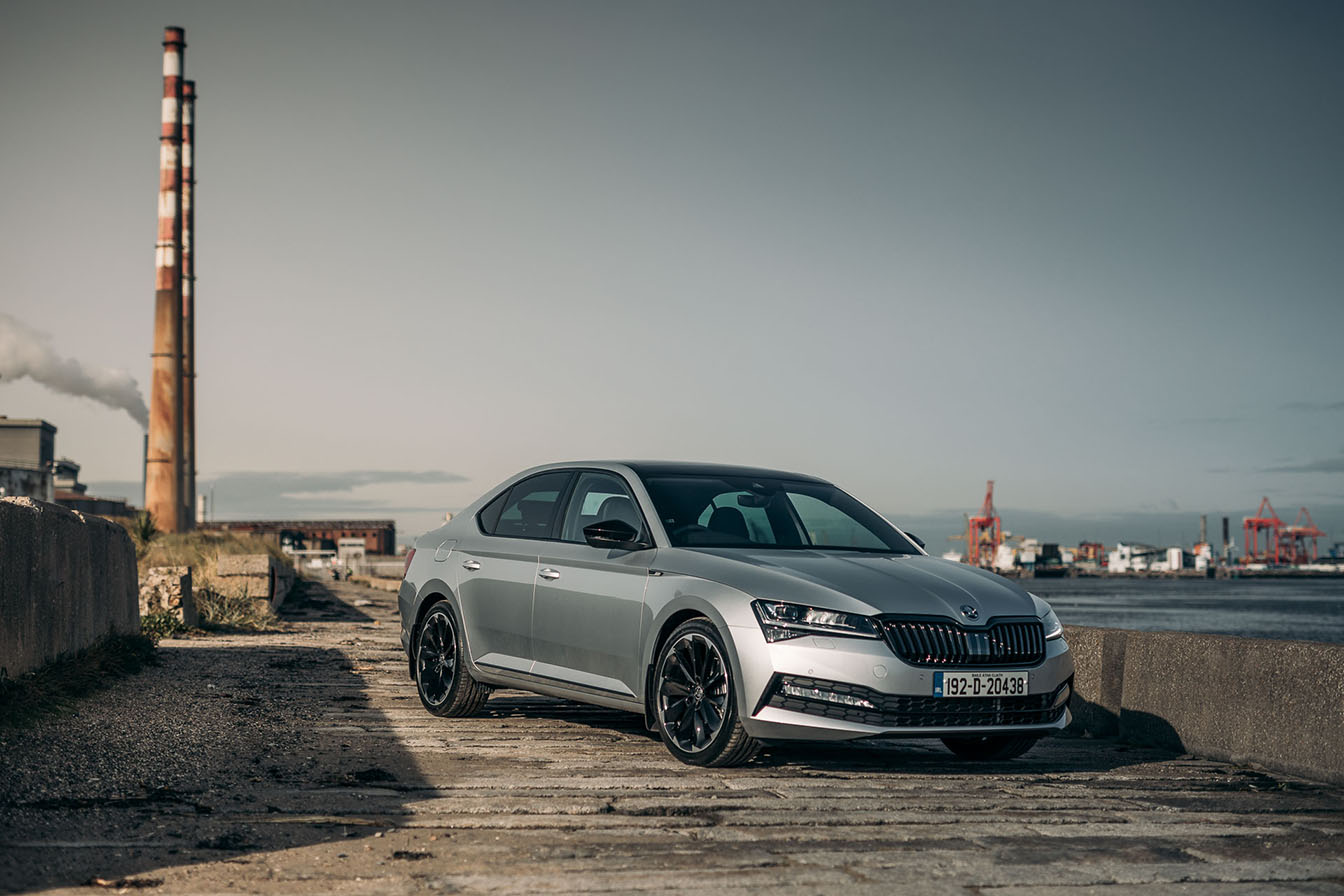 Available in a Combi (Estate) and Saloon (Lift back) versions, ŠKODA has slightly modified the exterior of the SUPERB and has carefully refined the front section. The redesigned front bumper means the car’s length has increased by 8 mm to 4,869 mm in the ŠKODA SUPERB, and by 6 mm to 4,862 mm in the ŠKODA SUPERB Combi.
The typical ŠKODA grille now bears double slats, is larger and protrudes a little further down into the front bumper. From the entry-level version, the narrower headlights come with LED technology as standard for the dipped and high beam. At the rear, a horizontal chrome trim connects the full LED tail lights whilst the new ‘ŠKODA’ block lettering define the new ŠKODA design language. 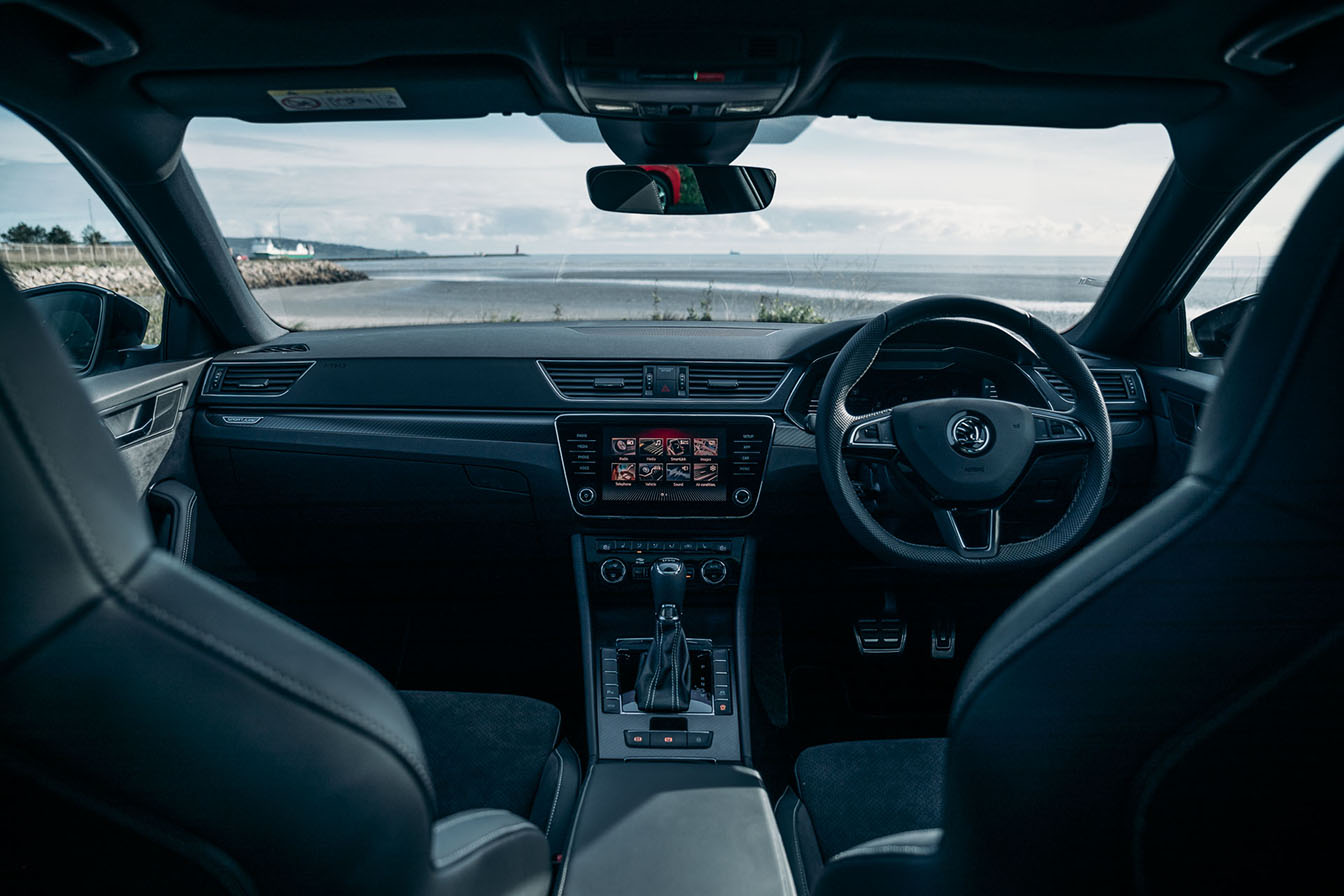 The SUPERB continues to set spaciousness benchmarks in the segment with 625 and 660 litres of luggage capacity in the Lift back and Combi respectively.
The engine line-up features 1.5 TSI petrol units producing 150bhp, offered with 6 speed manual or 7 speed DSG automatic transmissions. The diesel offering includes a heavily revised 2.0 TDI 150bhp with new turbo charger and intercooler configuration combined with new crankshaft and injector arrangement. A 1.6 TDI 120bhp 7-speed DSG also features as well as a more powerful 2.0 TDI 190bhp unit with 4×4.
The SUPERB update includes new technologies and an even more sophisticated interior. Full LED Matrix headlights are available for the first time in a ŠKODA production model and feature as standard on SportLine and L&K models. Several new assistance systems are also making their debut, such as Predictive Cruise Control.
ŠKODA Ireland confirmed that only 3% of SUPERBs sold are the entry “Active” version with the majority of customers opting for more heavily specified models such as the Style, SportLine and L&K. 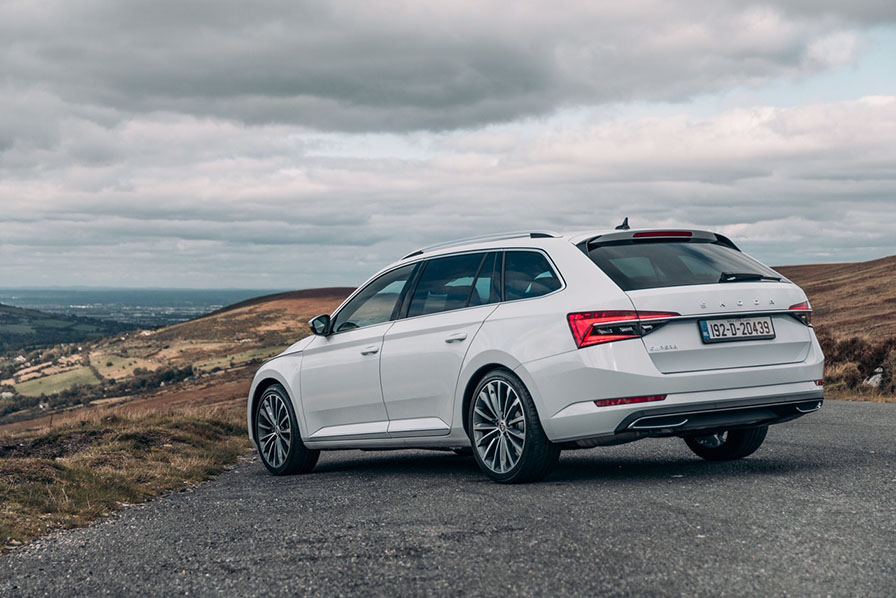 The SUPERB SportLine in particular differentiates itself from its siblings using striking black features including a remodelled radiator grille and 18-inch alloy wheels – both of which come in black. The radiator grille frame and the trim between the full LED tail lights are also gloss black.
Full LED Matrix headlights and a sports chassis, which has been lowered by 10 mm, are included as standard. The black interior sets itself apart with sport seats featuring Alcantara®/leather materials.
The top trim level, L&K, offers identical dimensions but the grille, side sills and rear bumper set themselves apart with new chrome details. It can also be identified by the ‘Laurin & Klement’ lettering on the front wings.
Speaking at the launch of the new ŠKODA SUPERB; Ray Leddy, Head of Marketing & Product said “The SUPERB has been such an important model in our brands evolution in Ireland. The current and third incarnation of the SUPERB has been a contender for the number 1 position in the segment with the SUPERB overtaking many of the traditional bestsellers. Thanks to its reliability and excellent residual values the SUPERB has been a major success with business and fleet customers, with 23% of SUPERB sales being attributed to this channel. We see used imported premium German cars from 12-48 months as the SUPERB’s biggest competitor”
The SUPERB goes on sale from 12th October with 1.5 TSI, 150bhp Active prices from €30,750 and PCP finance available from 0% up to the 31st October.