The promised expansion of the Mercedes-Benz passenger car range – already evident here with the recent launch of their latest B-Class and GLE SUV models  – has taken another move forward with the arrival of their all-new A-Class Saloon and its high performance AMG A35 variant.

With the introduction of the new A-Class Saloon, Mercedes-Benz has expanded its model footprint at the entry level. A head-turning exhibit at the recent Geneva Motor Show, it has a grown-up appearance wrapped in a youthful appeal – one that Mercedes-Benz believes has helped it attract a body of owners some 13 years younger, on average, than those of earlier A-Class models. 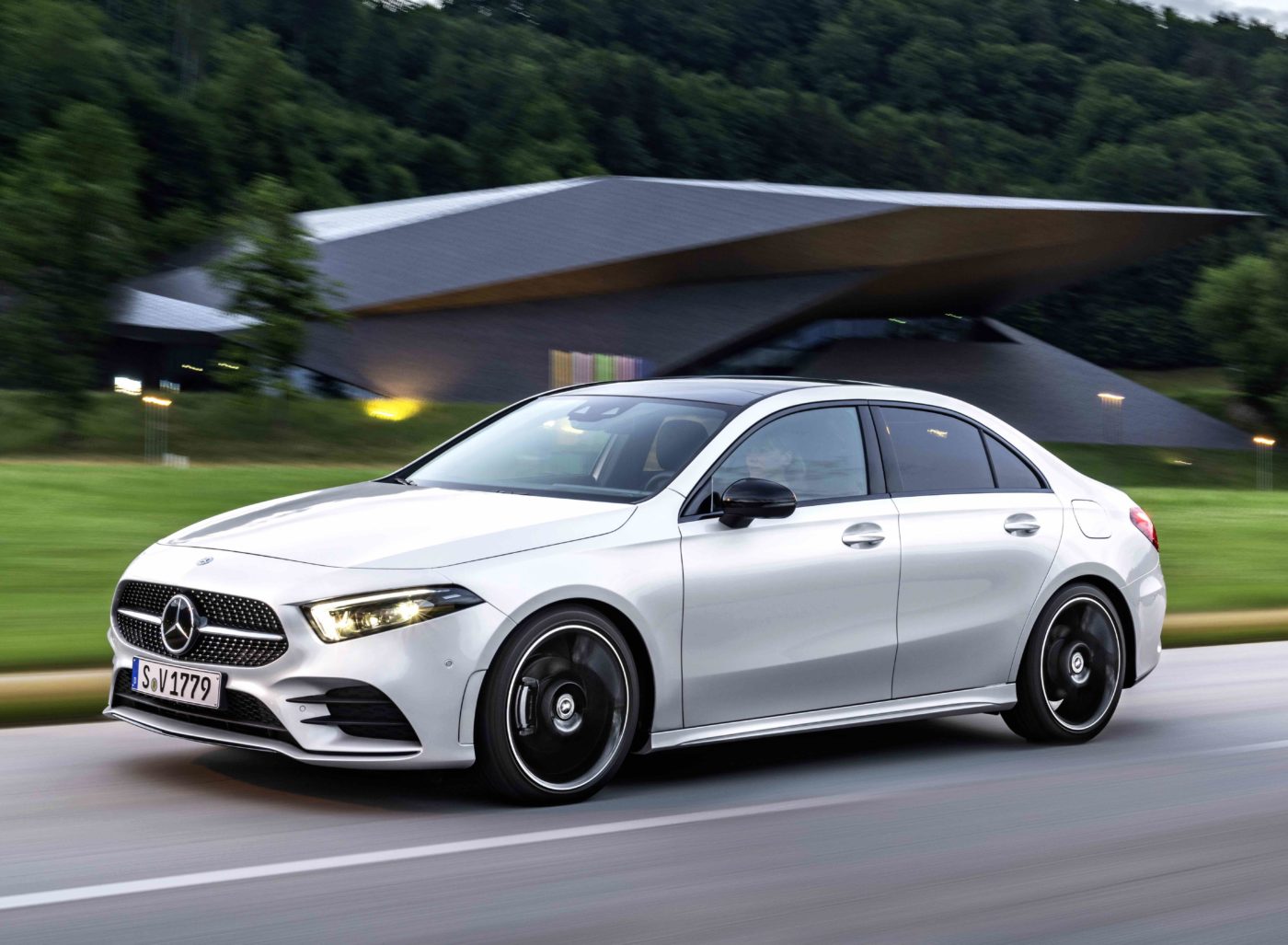 Viewed from the outside, numerous body changes give it a noticeably larger, even more energetic look – particularly evident in its more sloping bonnet and lower, more angular headlights. Better all-round visibility, easier rear seat access, and a 29-litres larger luggage compartment are amongst its many other design enhancements, as is its more spacious interior, increased front and rear headroom, shoulder room and elbowroom.

Completely new is its dashboard screen and control-and-display system designed in such a fashion that it appears to ‘float’ in a visually three-dimensional way. Another turn-on for tech-savvy drivers is Mercedes-Benz’s acclaimed MBUX system. Using touch screen, touch pad and touch button technology, MBUX brings intelligent voice control, natural speech recognition and augmented reality features that assist the driver in numerous ways. These include the capacity to ‘learn’ the driver’s wishes and operate intuitively. 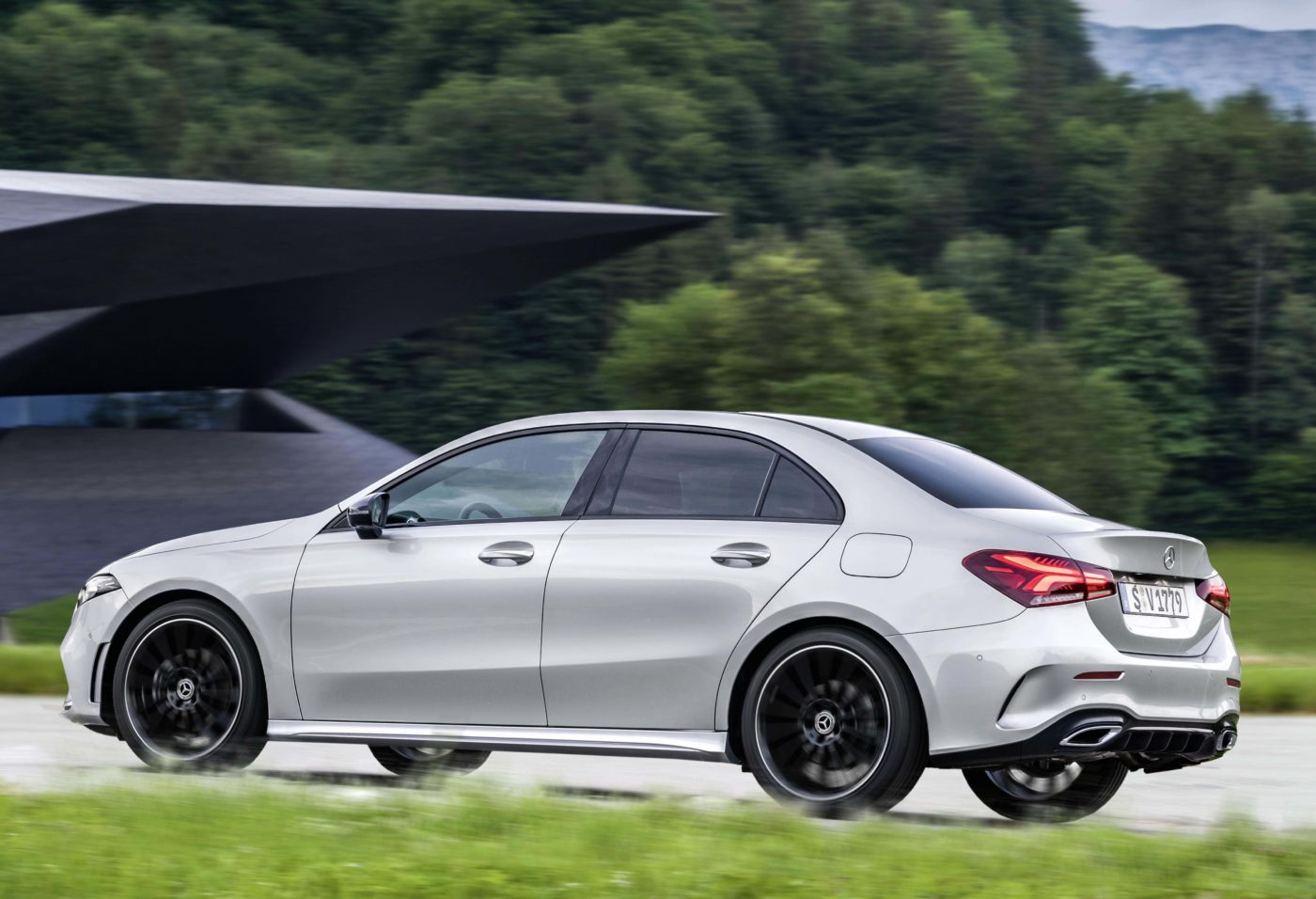 Other safety and driver-support items include a see-ahead camera and radar with a range of up to 500m, plus numerous other features that include lane-keeping, adaptive braking, and various distance control and driver assist systems.

Powering the new A-Class Saloon is a range of engines comprising two four-cylinder petrol options of 1.4-litre and 2.0-litre capacity, and a new 1.5-litre diesel with power outputs in the 116 to 224hp range. Transmission is 6-speed manual and 7-speed automatic, depending on model choice.

First models to arrive here are the A200 petrol at €33,390 and the A180d Automatic at €34,220. Following them will be an entry model A160 petrol and A160d whose prices – to be announced on arrival – will be ‘pitched competitively’ around the €30,000 mark, according to Ciaran Allen, sales manager for Mercedes-Benz passenger cars in Ireland. 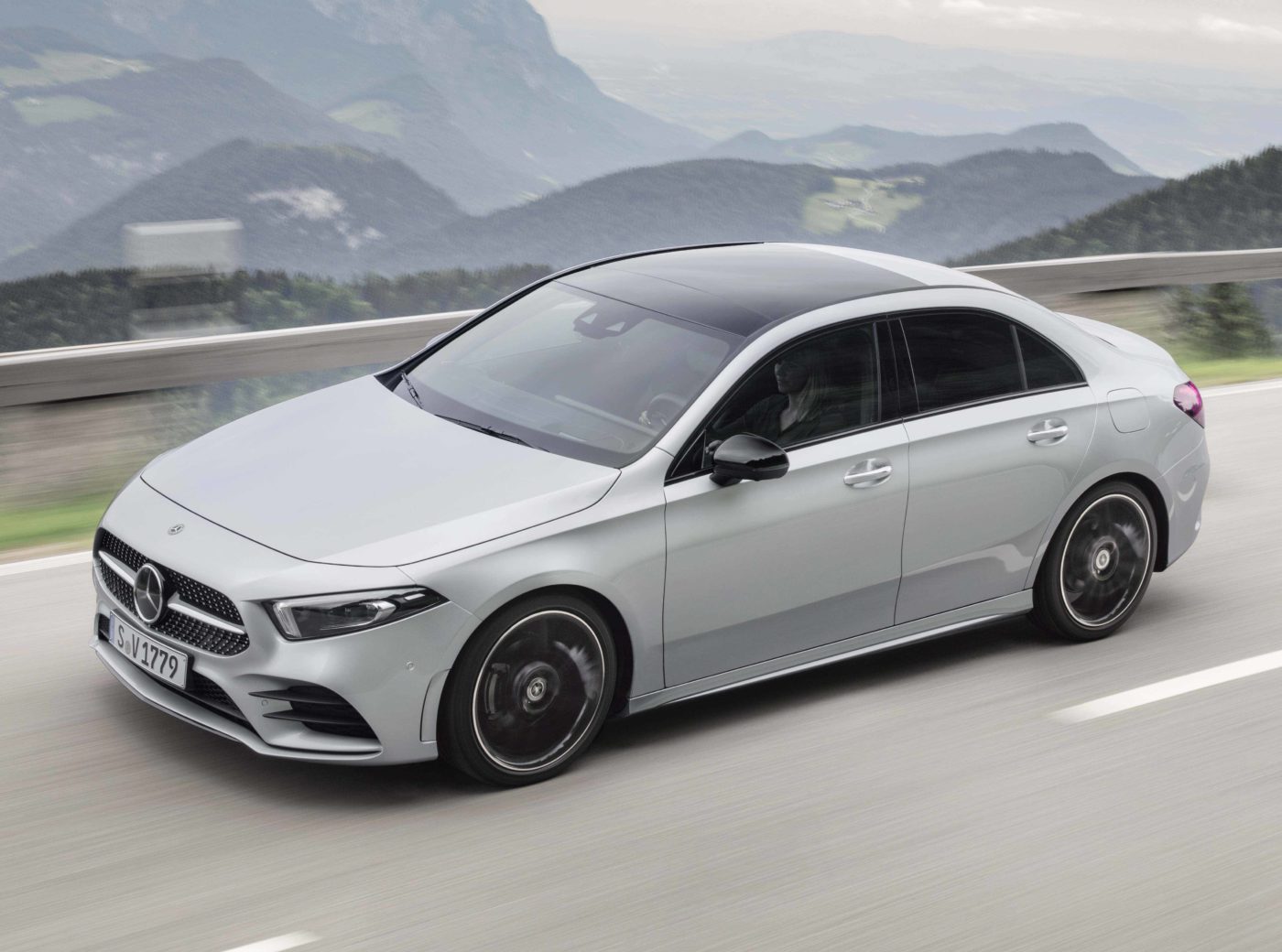 Launching alongside the A-Class Saloon is a 2.0-litre four-cylinder turbo powered Mercedes-AMG A35 saloon whose features include a 225kW (302bhp) performance with a 0–100km/h acceleration time of 4.8 seconds and an electronically-limited top speed of 250km/h. Priced from €59,900 its numerous other features include 7G dual-clutch transmission, AMG suspension and 4-MATIC all-wheel drive.