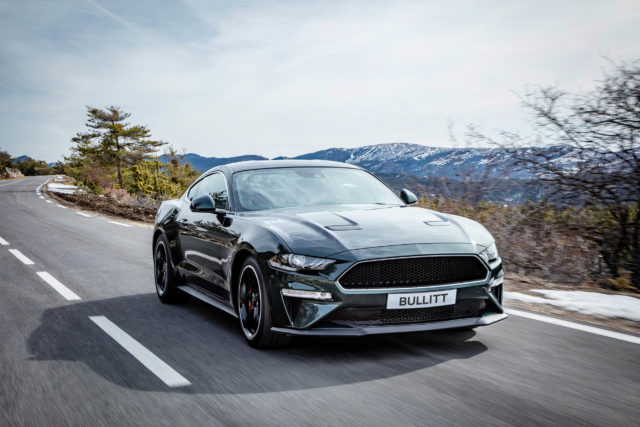 “We’re proud of our growing Mustang stable and performance variants,” said Jim Farley, chief operating officer, Ford Motor Company. “From Sweden to Shanghai, more and more driving enthusiast are enjoying the feeling of freedom and the American open road in these new Mustangs. We are honoured to serve our owners, enthusiasts and fans for 56 years and counting.”

Mustang sold 102,090 units, according to the most recent new vehicle registration data from IHS Markit,making it the best-selling sports car in the world in 2019. During this period, Mustang sales in Germany increased 33 per cent, in Poland sales rose by nearly 50 per cent, and in France, they nearly doubled.

The year 2019 also marks the fifth consecutive year that Mustang was the best-selling sports coupe in the world. Sports coupes, as defined by IHS Markit, include two-door and convertible models.

Note: IHS Markit global vehicle registrations are compiled from government and other sources and capture 95 percent of global new vehicle volumes in more than 80 countries. Sports cars, as defined by IHS Markit, include all vehicles in the IHS Markit Global Sports Car segment. Mustang is America’s best-selling sports car over the last 50 years, based on Ford analysis of 1966-2018 total U.S. new vehicle cumulative registrations for all sports car segments supplied by IHS Markit.

The declared fuel/energy consumptions, CO2-emissions and electric range are determined according to the technical requirements and specifications of the European Regulations (EC) 715/2007 and (EU) 2017/1151 as last amended. Light Duty Vehicle type-approved using the World Harmonised Light Vehicle Test Procedure (WLTP) will have fuel/energy consumption and CO2-emission information for New European Drive Cycle (NEDC) and WLTP. WLTP will fully replace the NEDC latest by the end of the year 2020. The applied standard test procedures enable comparison between different vehicle types and different manufacturers. During NEDC phase-out, WLTP fuel consumption and CO2 emissions are being correlated back to NEDC. There will be some variance to the previous fuel economy and emissions as some elements of the tests have altered, so the same car might have different fuel consumption and CO2 emissions.