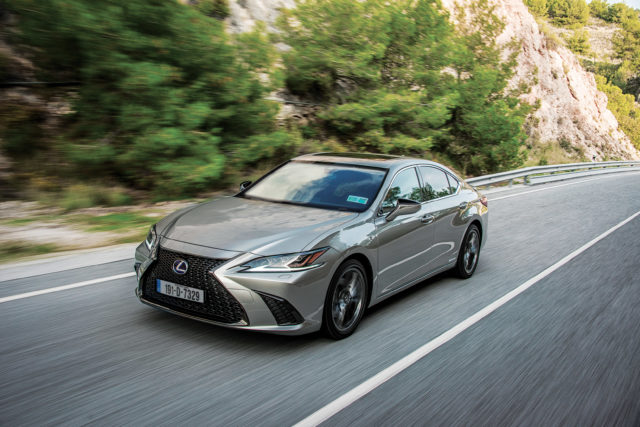 The new 2019 Lexus ES300h is a luxury saloon that is sleek and well-proportioned, and looks smart. Like all luxury cars should do, it cuts a regal presence on the road, thanks in no small part to its striking looks. That front grille alone attracts you straight away and the body may be big but it’s curved in the right places. Surprisingly the new version of the trademark Lexus spindle grille has brought criticism but I think it gets your attention in the right way. It creates a dramatic front end for the car, but isn’t to everyone’s liking. Putting aside the grille, the ES300h looks proportionate for its size, and bears a close family relationship with the larger Lexus LS luxury sedan. 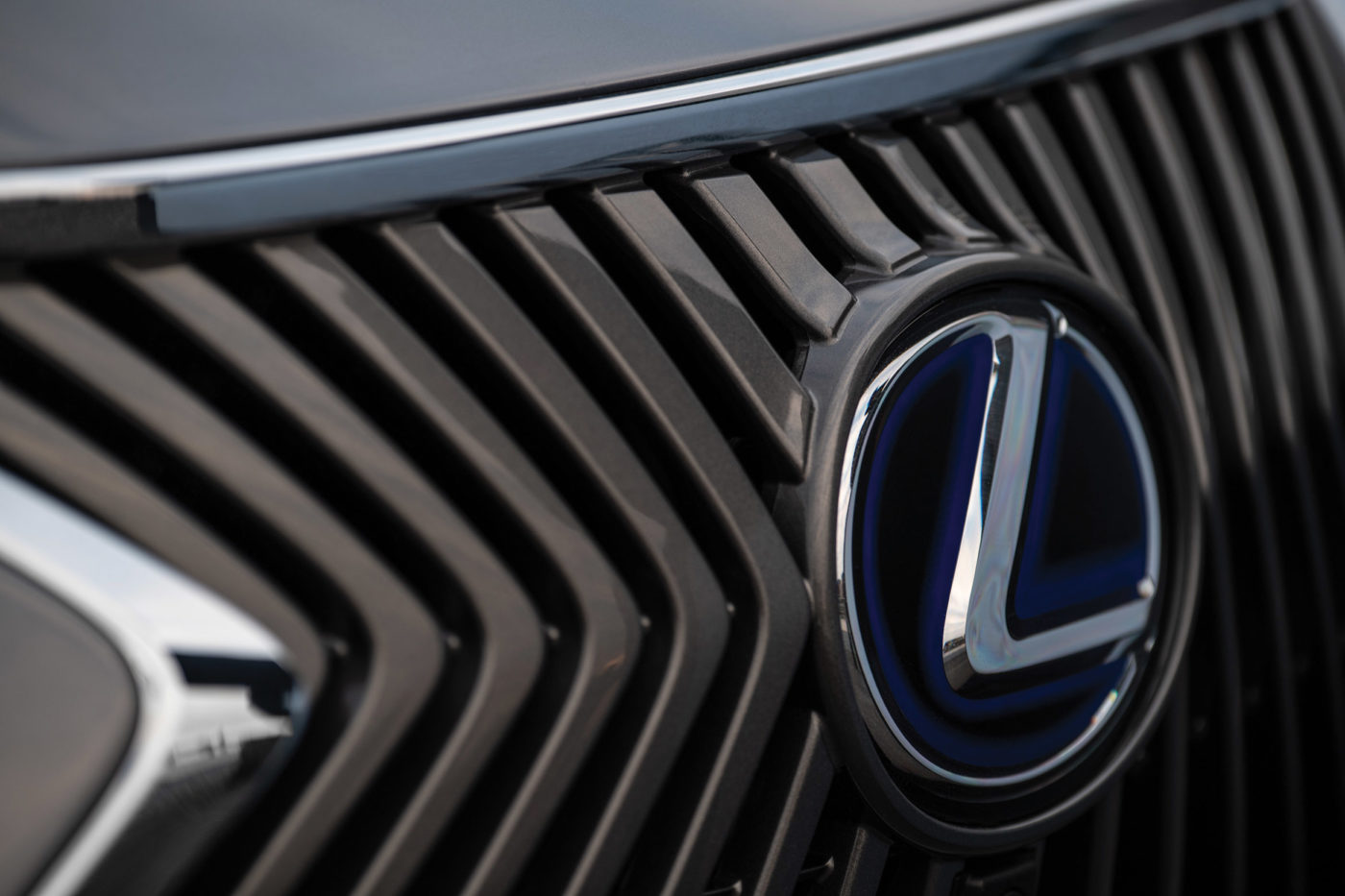 As with any Lexus, the interior is stunningly luxurious. The front seats have plenty of support, and are electrically adjustable to suit the driver or front passenger. There is a leather steering wheel, which also has buttons for audio, phone, adjusting the multi-information display and cruise control. So the driver’s hands don’t have to leave the steering wheel to use most of the buttons and functions.

There is also the touchpad on the central console, which is just as jumpy to use as it is in other Lexus models. However it becomes easier to use as it becomes more familiar. There is also the quirky placement of two dials on a part of the dashboard that juts out behind the steering wheel, with one of them used to set the drive modes — eco, comfort and sports. But all of the dials are clear and crisp, and you have the choice of either a virtual tachometer or an eco-meter (explaining how economically you’re driving) immediately in front of the driving position.

This is a nice car to drive with balanced steering and smooth acceleration. It may not be as involving a drive as some German competitors but it does everything well. The horizontal design of the dashboard and screens helps create a feeling of spaciousness inside the ES300h. Although it is described by Lexus as a medium-sized model, it feels like a roomy cabin sitting behind the wheel. 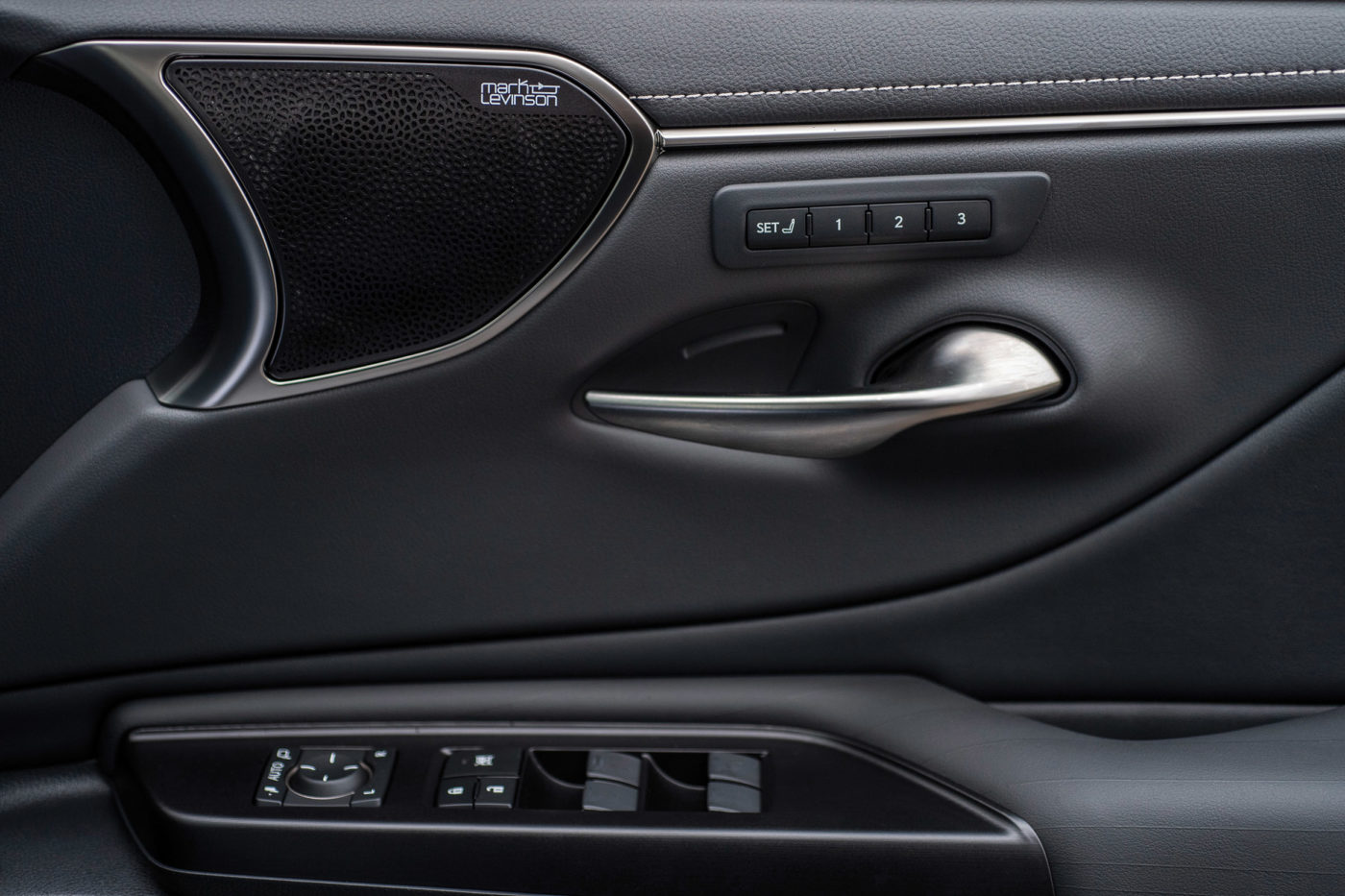 What really impresses is the ease in finding a comfortable and commanding driving position, and the ease with which you can manoeuvre the car. It doesn’t feel as big as it looks, and there are plenty of cameras and other driving aids telling the driver exactly where to stop before any damage is done.

The ES300h will appeal to those looking for luxury and comfort, accompanied by economy, and who value these attributes above sporty and involving driving pleasure. Don’t get me wrong the new ES can take twisty turns and back roads with ease and with grace but it’s the aforementioned comfort, luxury and economy that sell this car in my opinion. There’s a nice heft to the steering, and you can drive the ES with some meaningful intention if on the right road.

The ES300h is available in four different trim levels, with the standard model starting at €49,450. You can get Executive, Luxury, F Sport and Premium. The ES300h model we tested was the F Sport coming with all the features of Executive and Luxury but adding 19 inch F Sport design alloy wheels, triple LED headlamps, wireless charger, 4 drive model select (eco, normal, sport, sport +) and rain sensor wipers plus plenty more. 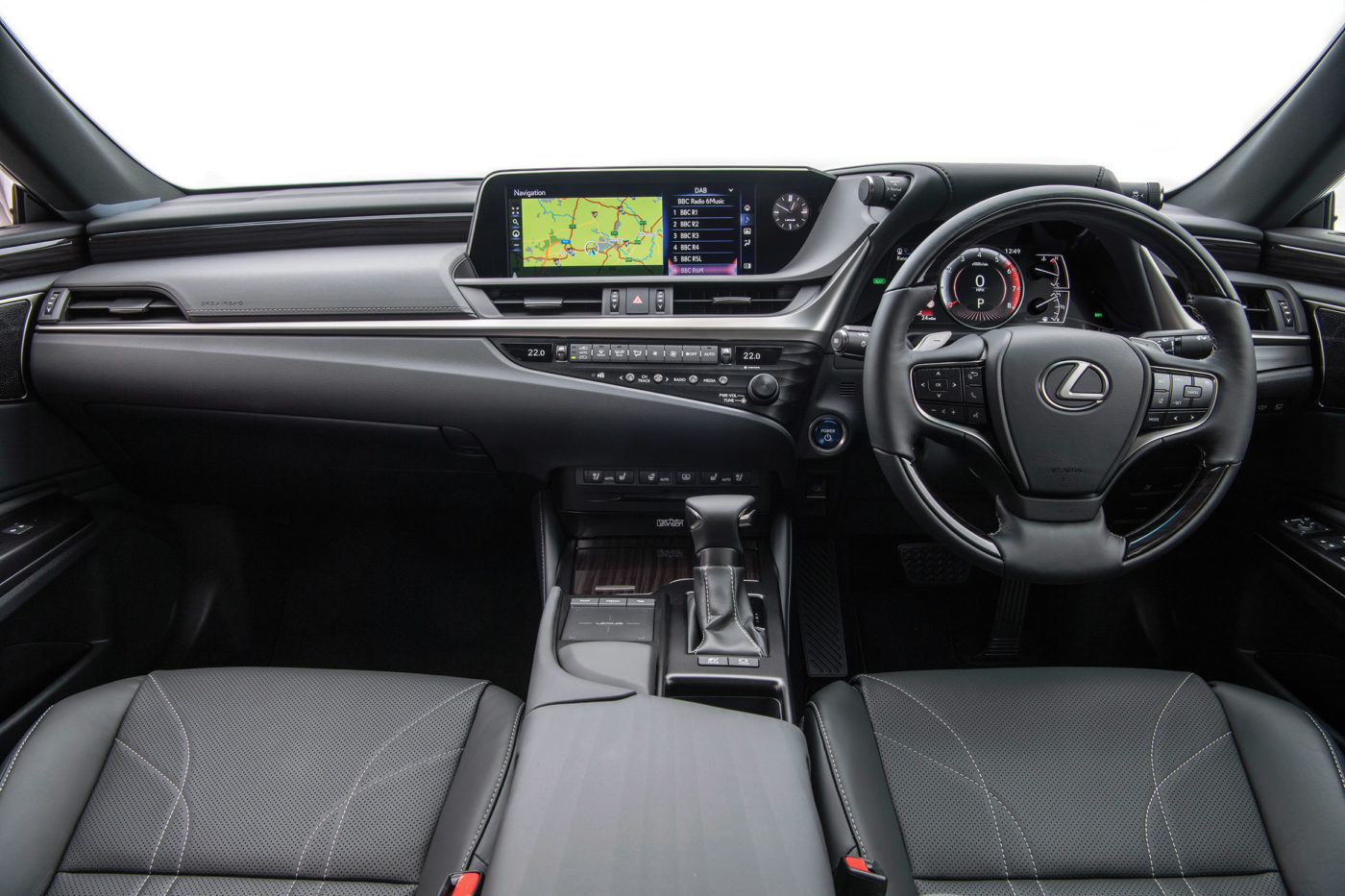 The ES is powered by a new 2.5 litre petrol engine, and working with the fourth generation self-charging hybrid system, the total system output is 218hp and the engine is noted as the world’s most thermally efficient petrol engine. The ES300h powers from zero to 100 km/h in an extremely respectable 8.9 seconds and, like most Lexus models, it is delivered smoothly and quietly. In this model, Lexus uses a three-layer inner silencer material to control noise absorption and to insulate against noise. So at low speeds and with EV mode engaged, it is almost silent inside the cabin.

As with all mainstream Lexus models, the ES300h, is superbly comfortable to ride in, whether you are the driver or a passenger. It features a World first shock absorber with ultra low velocity valves for damping even the slightest movement of sprung weight.

Of all the current Lexus models, the ES is the one that’s most faithful to the core values that made Toyota’s upmarket division such a big hit. While some Lexus models have adopted a more overtly sporty image to challenge the premium German brands more directly, the ES remains a quiet, comfortable and roomy saloon suitable for the family or the business trip. These are the original hallmarks upon which the Lexus brand was established and the reason the ES works so well in my opinion. By focusing on it’s core strengths it presents a pleasant alternative to the usual suspects. Well worth a look.