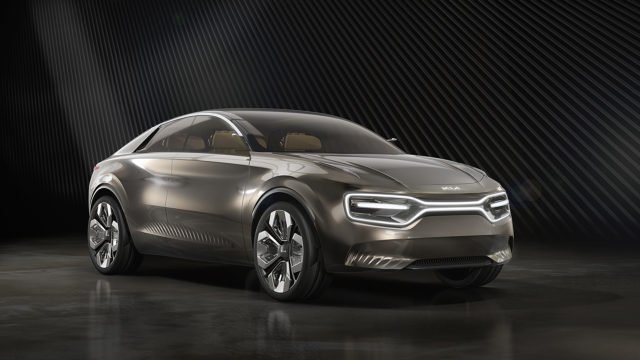 Kia Motors has staked its claim for leadership in advanced powertrain technology at the 2019 Geneva International Motor Show with a display made up entirely of electrified vehicles.

Today marks the world debut for Kia’s new fully-electric ‘Imagine by Kia’ concept, alongside the fully-electric e-Soul, which makes its European debut at the show. Kia has also announced a range of upgrades to the Niro Hybrid and Plug-in Hybrid, with the new variants revealed today. 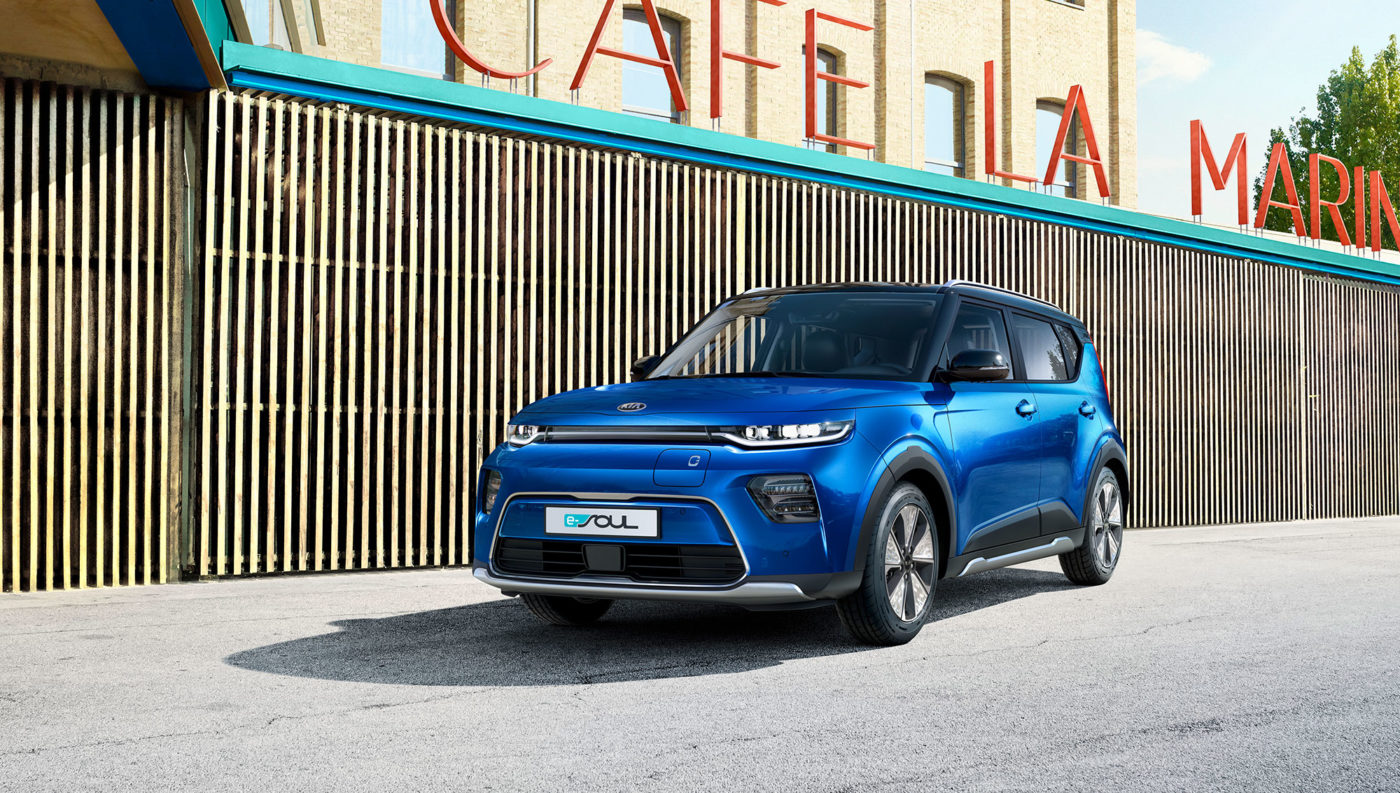 Demonstrating the depth of its advanced powertrain line-up, every Kia vehicle on show in Geneva employs the brand’s mild-hybrid, hybrid, plug-in hybrid, or electric vehicle technology.

Emilio Herrera, Chief Operating Officer for Kia Motors Europe, comments: “Electrification is a key element of Kia’s European and global growth strategy, with one in eight Kia cars sold in Europe today featuring an electrified powertrain. Where many manufacturers are still talking about their future plans and intentions for electrification, advanced powertrains have formed a growing proportion of Kia’s European sales for a number of years already. With the e-Soul and upgraded Niro range revealed today, and more electrified powertrains on the way, our electric vehicle growth will only continue.”

Kia has also introduced its new UVO CONNECT telematics technology in Geneva, available on the e-Soul and upgraded Niro Hybrid and Plug-in Hybrid. The ‘connected car’ technology will be introduced to a number of other Kia models in the near future. 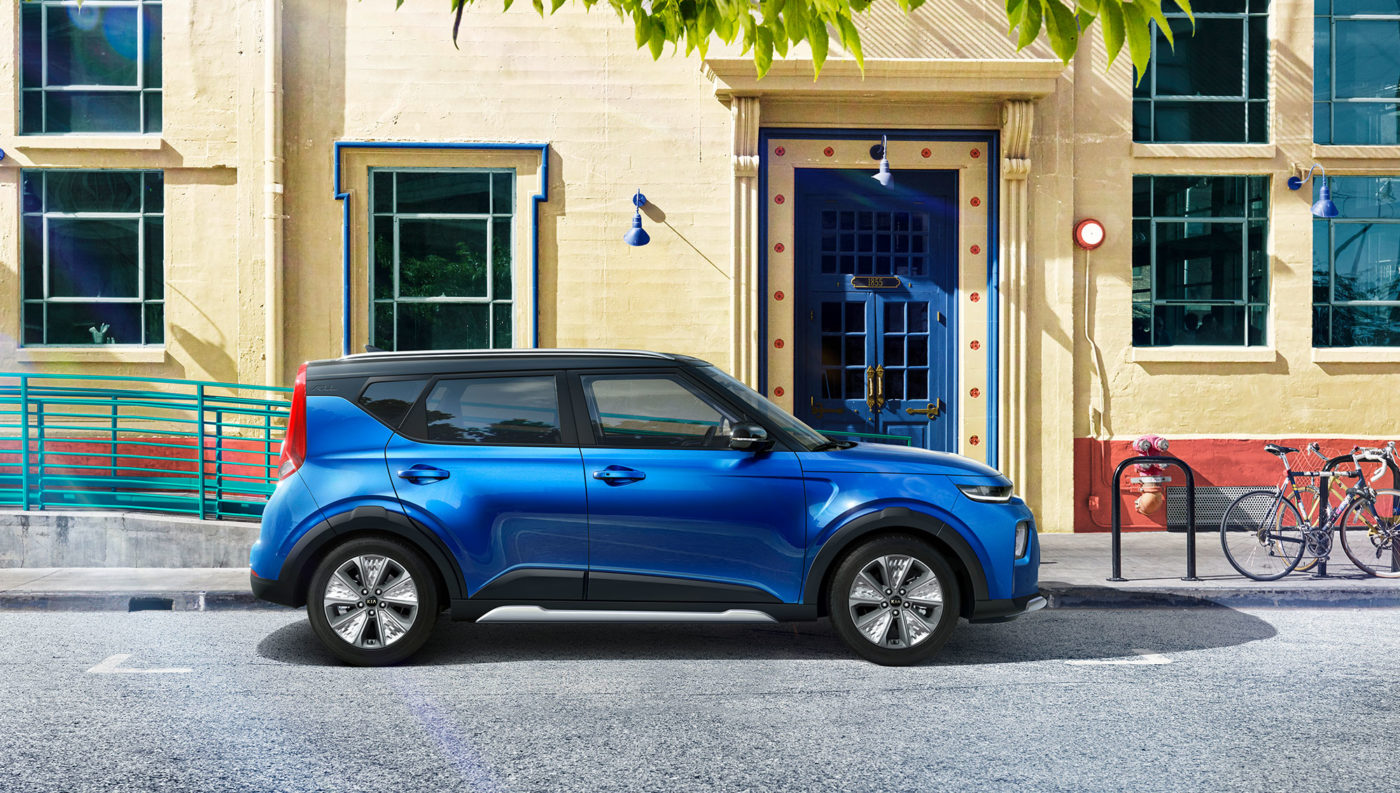 The ‘Imagine by Kia’ concept, revealed for the first time today in Geneva, has been designed at the company’s European design centre in Frankfurt.

Gregory Guillaume, Vice President of Design for Kia Motors Europe, comments: “We imagined designing an all-electric car that not only answered consumer concerns around range, performance, recharging networks and driving dynamism, but one that also gave you goose bumps when you looked at it, and made the hairs on the back of your neck stand up when you drove it. That’s why our all-electric concept is designed to not only get your pulse racing, but to also signpost our holistic and emotional approach to electrification.”

A visual embodiment of its desire to move forward into the exciting world of electrification, this concept is Kia’s first pure electric four-door passenger car. Intentionally designed to not sit within the industry’s predefined vehicle categories, it coherently draws together elements of a muscular sports utility vehicle, a sleek and athletic family saloon and a versatile and spacious crossover. The ‘Imagine by Kia’ concept represents a more progressive Kia design language for the future, with intelligent reinterpretations of existing Kia motifs and a bodywork characterised by a blend of tautly-drawn sheet metal, crisp lines, and efficient aerodynamics.

Kia’s European design team fully exploited the chassis architecture of the powertrain’s all-electric layout to maximise cabin space and create an airy and spacious interior. In a humorous riposte to the industry’s current obsession with ever increasing dashboard screens, the concept features 21 individual ultra high-resolution screens. These curve their synchronised way across the top of the dashboard in a layout that is at the same time both casual and coordinated.

While not immediately destined for production, the ‘Imagine by Kia’ concept hints at interior and exterior design elements that could be adapted for future production models from the brand.

In its third generation, the new Kia e-Soul brings long-range, zero-emissions power to the urban crossover class, and becomes more distinctive, dynamic and innovative than ever. While the e-Soul embraces the iconic design and playful character of its predecessors, it will be powered in Europe exclusively by electric energy, with a choice of two long-range, zero-emissions powertrains. The e-Soul’s new-generation battery packs – either 64 kWh or 39.2 kWh in capacity – are up to 30% more energy efficient than Europe’s current best-selling electric vehicle. The car is offered in Europe without the option of an internal combustion engine.

Fresh, funky and distinctive, the new e-Soul features the same iconic, boxy silhouette, with newly-sculpted lines, sharper details, and more technical lighting elements. Inside, the cabin is more high-tech than ever, with its cool design and ultimate functionality accompanied by acoustic-inspired shapes and textures, and a new Sound Mood Lighting system. The e-Soul is offered with new colour customisation options, and a range of technologies which includes a wireless smartphone charger, heated and ventilated front seats, a Head-Up Display, and a premium Harman Kardon sound system.

At the heart of the e-Soul’s dashboard is Kia’s new 10.25-inch TFT LCD widescreen system, featuring Kia’s new UVO CONNECT telematics system. UVO CONNECT puts a raft of information at owners’ fingertips, including live traffic, weather, and parking availability. For the e-Soul, UVO CONNECT also provides vehicle charging information, including charging station locations, charger availability, and connection compatibility. The system can also be accessed via a UVO smartphone app, providing remote access to a range of vehicle functions. Depending on country, this includes the ability to remotely activate the climate control system, to pre-heat or pre-cool the car before a journey. Users can also remotely stop or resume vehicle charging, enabling them to take advantage of cheaper overnight electricity tariffs if charging from a domestic source.

The new e-Soul goes on-sale in select European markets from the end of the first quarter of 2019, sold as standard with Kia’s quality promise: an unrivalled 7-Year, 150,000-kilometre warranty, which also covers the car’s electric motor and battery pack.

European sales of the upgraded Kia Niro Hybrid and Niro Plug-in Hybrid start during the second quarter of 2019. Uniquely among all hybrid cars in Europe, the Niro is sold with Kia’s industry-leading 7-Year, 150,000-kilometre warranty as standard.