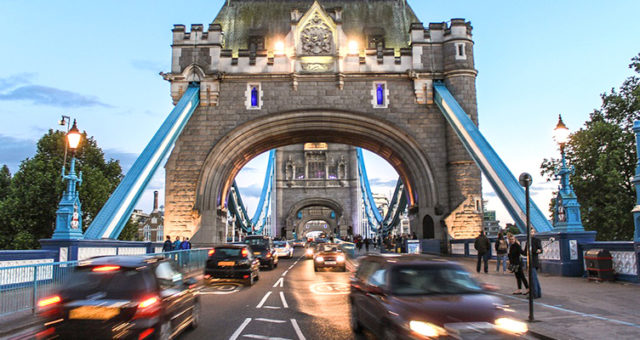 Fexco’s data shows that during July and August, Irish motorists increased their spending on vehicles imported from the UK by 181% compared to the same two months in 2018.

The analysis of 1,500 transactions, made through Fexco International Payments*, also found the number of UK vehicles imported by Irish drivers in July and August was up by 175% year-on-year.

The figures are even more breathtaking when compared to those recorded in July and August 2016, the months immediately following the UK’s Brexit referendum. Since then, Irish drivers’ spending on cars imported from the UK has jumped by an incredible 451%, and the number of import transactions has increased by 291%.

The data comes as official figures from the SIMI show that new car sales are slowing sharply across Ireland. A total of 24,685 new, 192-plate cars were registered during July 2019, down 8.4% on July 2018. Yesterday SIMI called for the Minister for Finance Paschal Donohue to use the Budget to introduce taxation measures to address the threats of Brexit and the surge in overseas imports.

Fexco’s data suggests the import boom is being driven mostly by individual motorists rather than car dealers. It found that Irish car dealers increased their spending on UK imports by a more modest 61% between July and August 2016 and the same period in 2019, a tiny fraction of the 451% surge in import spending made by drivers themselves.

Fexco’s transaction records also suggest Irish drivers are capitalising on the Euro’s strength to treat themselves to a higher-spec car from the UK. The average amount spent per import in July and August was €16,197, a third (32%) more than the level seen three years ago.

The surge in spending on imports has coincided with a highly favourable Euro-sterling exchange rate. During July and August the Euro was worth an average of 90.75p, 16.6% more than it was on the eve of the UK’s Brexit referendum in June 2016. At its peak in August, the Euro reached almost 94p, its highest level in nearly a decade.

Imports may have been given extra impetus by buyers looking to do a deal before any change in tax and tariffs that might follow a hard Brexit on 31st October. Used cars from the UK over six months old are currently not subject to Irish VAT when imported to Ireland, but this exemption could end post-Brexit – instantly adding 23% to the cost. Trade tariffs may add additional costs to imported used cars, further eroding the exchange rate advantage.

“The final countdown to Brexit – and the rising possibility of a ‘no deal’ – have turbocharged the popularity of used car imports among Irish motorists.

“The combination of the Euro’s current strength against the Pound, and the nagging fear that a ‘no-deal’ Brexit could lead to the imposition of trade barriers between the UK and Ireland, have created a sweet spot that’s prompting many Irish drivers to secure a good import deal while they can.

“While a chaotic ‘no deal’ Brexit at the end of October could undermine sterling even further, many tactical car-buyers are concluding that the already favourable exchange rate and tariff-free trade together make a compelling import opportunity.

“Nevertheless, when buying a high-value item from the UK, exchange rates can be a dealmaker or a deal breaker. That’s why we’re seeing increasing numbers of buyers – both private and professional – opting to lock in the current exchange rate by using a forward contract.”