SUV Coupé for the e-tron Family

Continuing its electrification initiative, Audi will showcase the series-production version of its electric Audi e-tron Sportback with the four-door model combining the elegance of a large coupé with the progressive character of an electric vehicle. The e-tron Sportback shares its powertrain with the Audi e-tron SUV and will be built at the same production location in Brussels.

The Audi e-tron Sportback is a dynamic SUV coupé offering up to 300 kW of power and a range of up to 446 kilometres* from a single battery charge. In terms of design, its roof extends flat over the muscular body, dropping down steeply to the rear—in typical coupé style— and flowing into the steeply raked D-pillars. The lower edge of the third side window rises towards the rear—a typical Sportback feature.

Its digital matrix LED headlights are a new feature now available for the first time in a mass-production vehicle. Their light is broken down into tiny pixels and can be controlled with exceptional precision.

The Audi e-tron Sportback** is scheduled to arrive in Ireland in the Summer of 2020. 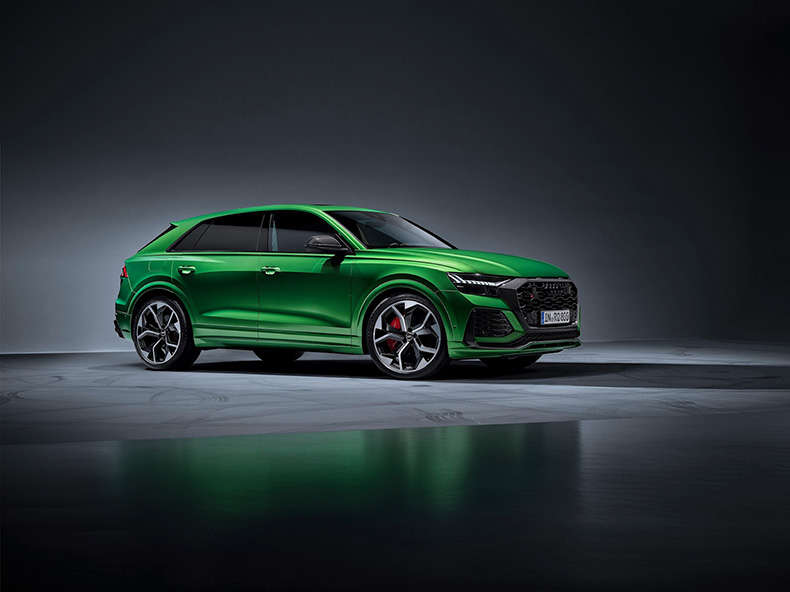 The new Audi RS Q8 combines the power of an RS model with the elegance of a premium coupe and the flexibility of an SUV.

“For the first time in the 25-year history of Audi RS models, we are putting a large SUV coupe with the genes of a true high-performance sports car on the road,” said Oliver Hoffmann, Managing Director of Audi Sport GmbH. “With its biturbo V8 engine, the Audi RS Q8 is the prestigious spearhead of the RS model family.”

Offering high performance, variability and everyday usability, the new Audi RS Q8 is the top model in the Q product line. The new RS Q8 will offer epic performance courtesy of an eight-cylinder twin-turbo TFSI, but also the significant economy-boosting benefits afforded by cylinder deactivation technology and mild hybrid (MHEV) drive based on a 48-volt main electrical system. As a result, it can “glide” for up to 40 seconds with the engine switched off at speeds between 55 and 160 km/h. 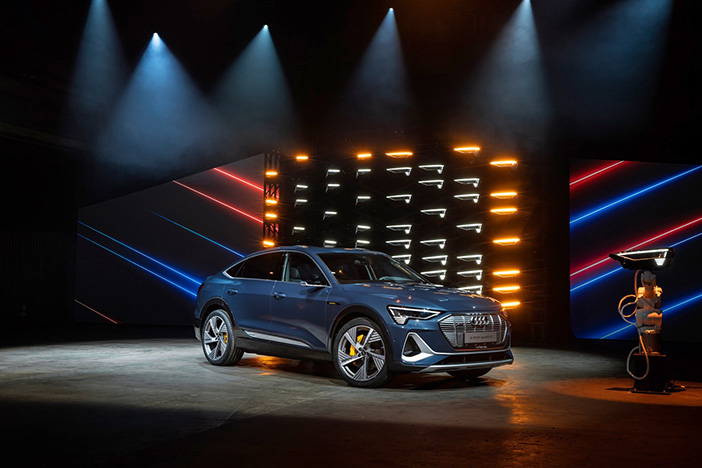 The biturbo V8 in the new RS Q8 combines maximum performance and high efficiency. Its mild-hybrid system (MHEV) is based on a 48-volt main electrical system. The core of the MHEV is a belt alternator-starter connected to the crankshaft. During deceleration and braking, it can recover up to 12 kW of power and store it in the compact lithium-ion battery. The belt alternator starter starts the engine within fractions of a second when the accelerator is actuated. MHEV technology allows for start/stop operation at a speed of up to 22 km/h. The mild-hybrid system is connected to the camera sensors for even greater efficiency. When stopped, the engine starts up while the brake pedal is still depressed as soon as the front camera detects that the vehicle in front of the new RS Q8 begins to move. The interplay of the MHEV components improves ride comfort and also has the potential to reduce fuel consumption in everyday driving by as much as 0.8 litres per 100 kilometres.

The standard adaptive air suspension sport with controlled damping means the new RS Q8 is equally at home on the racetrack or an off-road trail. Its RS-specific damper tuning allows for a particularly broad spread between a setup biased toward comfort and an extremely sporty setup. Depending on driving situation and the driver’s wishes, the body’s ride height varies by up to 90 millimetres (3.5 in). The new Audi RS Q8 will arrive at dealerships in Ireland in the first half of 2020. 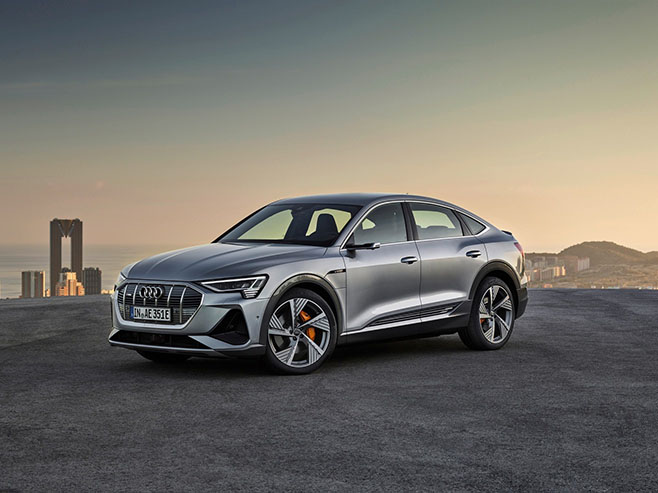