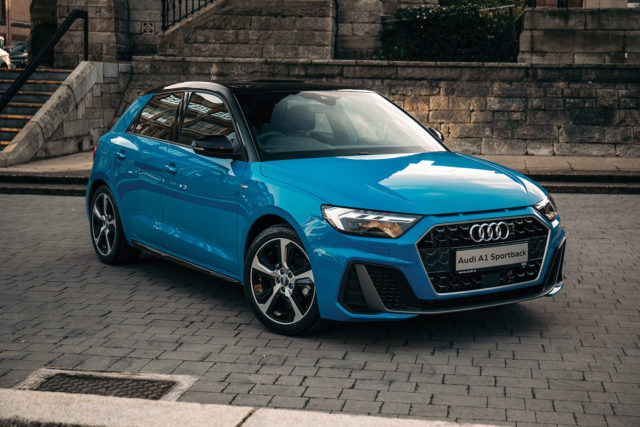 This is Audi’s second generation A1 Sportback and it brings big car standards to the small car like I have never seen before. This second generation A1 Sportback is smarter, more efficient and better-equipped – and remains a seductive package for small car buyers. In Ireland the A1 range is sold in Attraction (from €24,650), SE (from €26,550) and S Line (from €28,900). Standard equipment includes lane departure warning, air con, electric windows, 8.8” MMI display, 15” wheels and automatic lights and wipers. SE adds features such as 16” wheels, leather trim, cruise control and rear parking sensors. The S Line adds 17” wheels, LED headlights and rear lights with dynamic indicators, aluminium look interior (switches and buttons), S-Line exterior styling, sport seats and sports suspension. The 2019 Audi A1 range kicks off with the 1.0-litre three-cylinder turbo petrol engine with 116hp – the ’30 TFSI’. There’s a 6-speed manual gearbox and seven-speed S tronic dual-clutch transmission available. Other engine options include a 1.5 and 2.0-litre TFSI. My turbo blue test car with mythos black roof was the Audi A1 30 TFSI with the 1.0-litre 116hp engine. 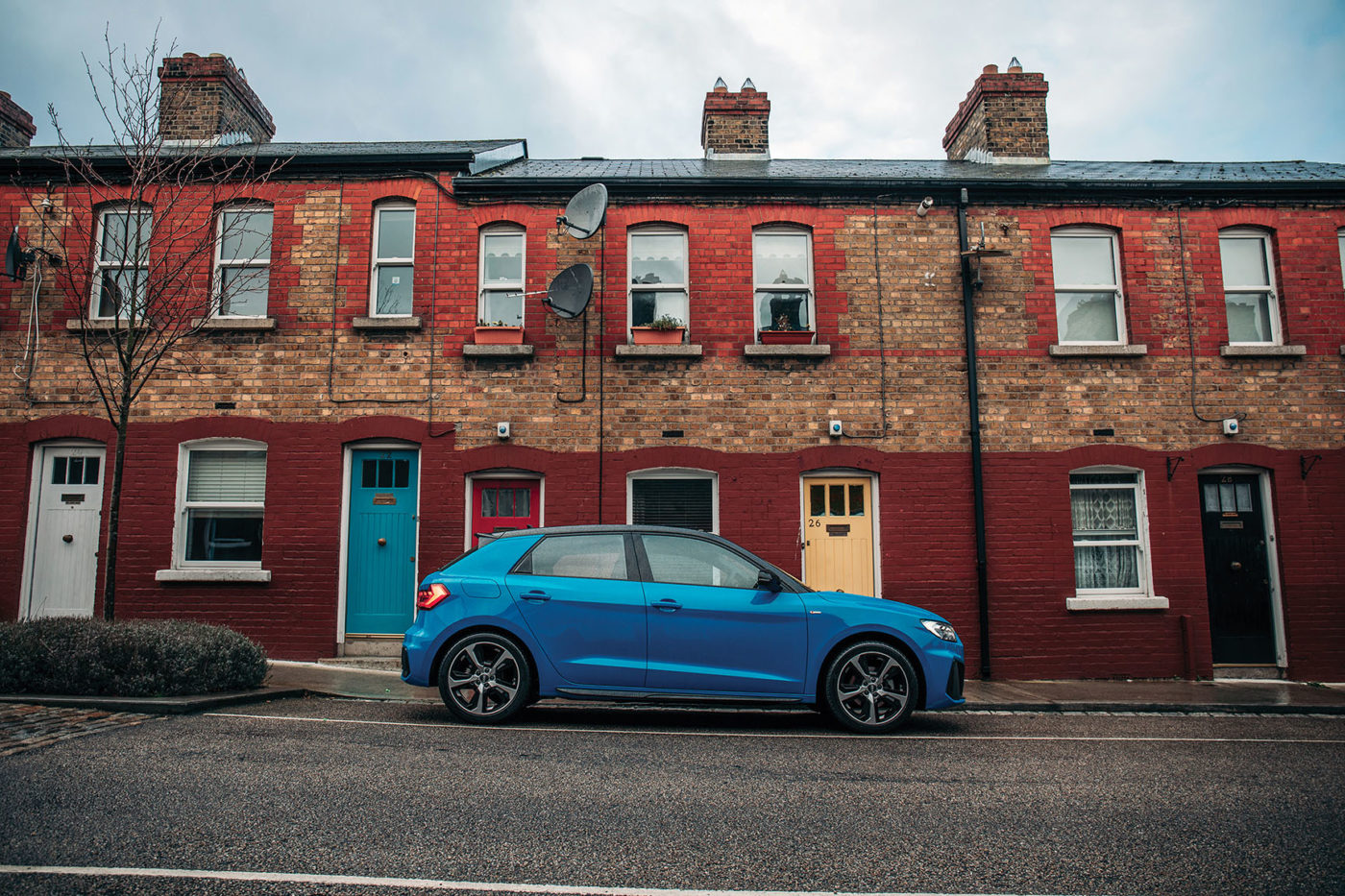 Our test car is a 1.0 litre turbocharged three-cylinder petrol engine which produces 116hp and 200Nm of torque. On paper, I wasn’t expecting much from this engine, but in the real world it performs well. It’s responsive, and stronger than I’d thought it would be. This engine can either be mounted to a 6-speed manual gearbox as was on our test car, or a 7-speed S Tronic automatic. The manual was generally a smooth drive. In regard to performance, this car will hit 100km/h in 9.4 seconds and continue to a top speed of 202km/h, which is respectable performance from such a small engine. On the safety side the A1 also gets safety features like lane departure warning, pre-collision warning with automatic emergency braking (AEB) and adaptive cruise. 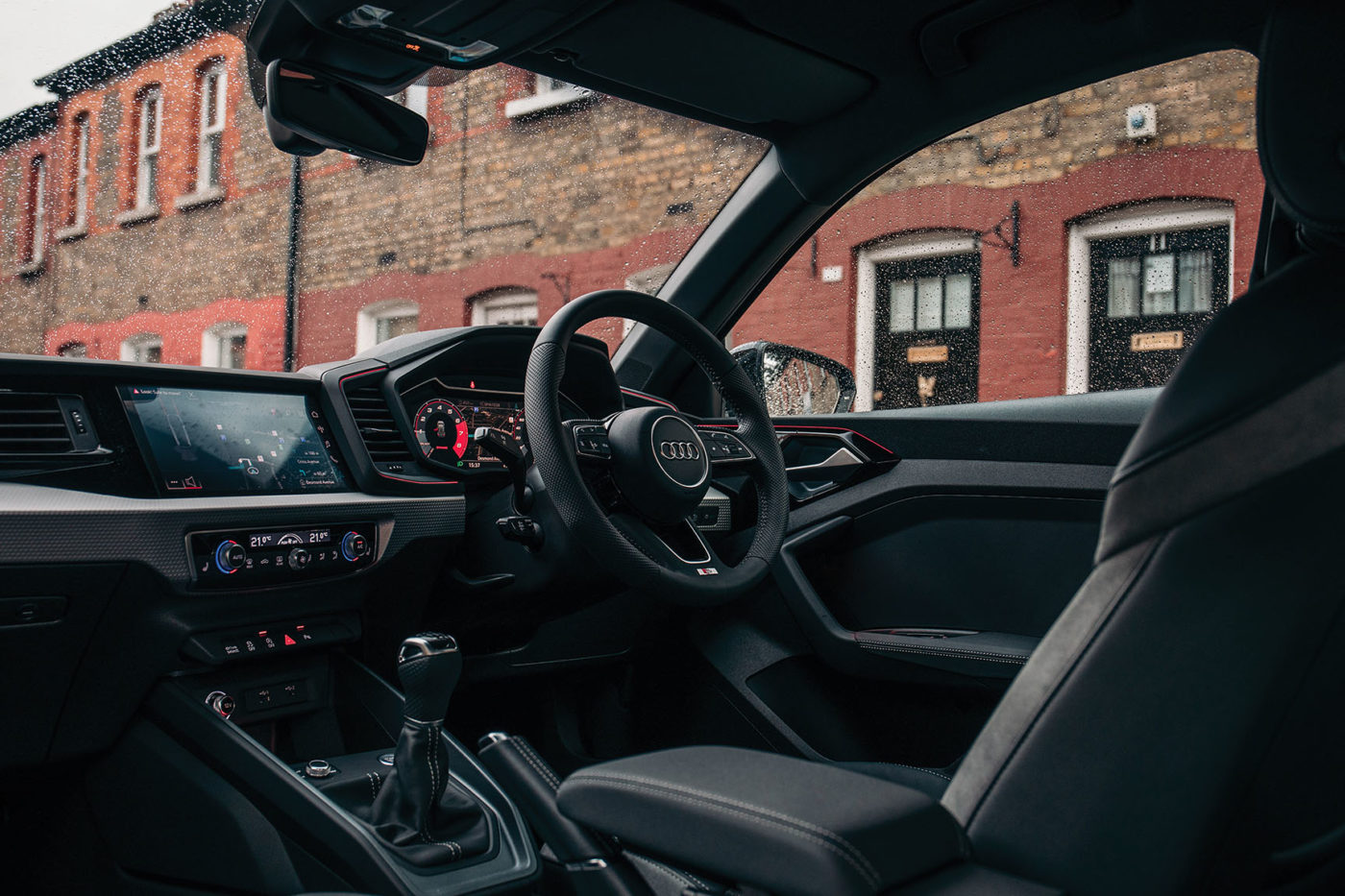 The A1 Sportback has grown significantly in length – extended by 56mm: it now measures a fraction over 4m. Width and height remain much the same as part of a low-slung stance with short overhangs. The wide, low-placed Singleframe grille and the implied side air inlets dominate the distinctive front. The A1 features a sloped roofline with accenting black roof to give it an aggressive look compared with the last generation. A flat C pillar accentuates the sharp angles of the hatchback, and splurging for the range-topping S Line adds larger air intakes, a narrow vent below the bonnet line and a bigger rear wing. The wheels are available in 15-, 16- or 17-inch sizes, with the largest being a part of the S Line.

Inside there’s a spacious cabin with classier design highlighted by a fully digital instrument cluster with a high-resolution 10.25-inch display as standard and a multifunction steering wheel. The Audi smartphone interface also comes as standard and integrates iOS and Android smartphones using Apple CarPlay and Android Auto. The virtual cockpit TFT instrument display screen that we’re now familiar from other Audi models is now optional for A1 buyers and offers an extended range of functions such as animated navigation maps and graphics of some driver assistance systems in the driver’s direct field of vision. Our test vehicle came with a 10.1-inch touch screen MMI Navigation Plus, as an optional extra for €2,128. The air con and stereo are both still controlled by physical dials. Adults in the rear seats enjoy reasonable head and leg room by supermini standards. Luggage capacity has increased by 65-litres to 335-litres, and with the rear seats folded down, this increases to 1,090-litres. 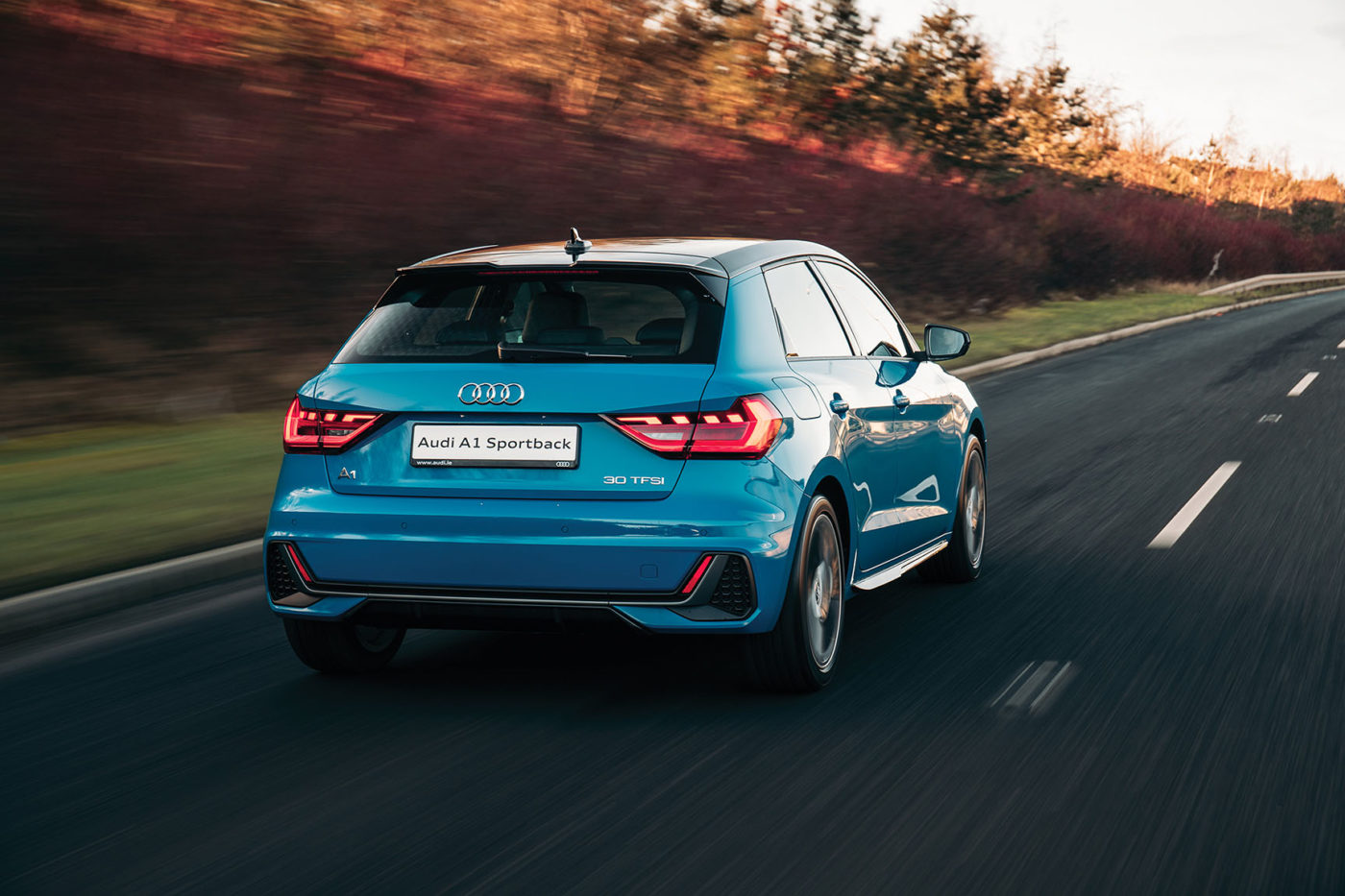 Conclusion
By ensuring the full Audi treatment has gone into something this compact, the German brand continues to set the A1 Sportback apart in the supermini segment, offering a balance between sportiness, quality and comfort that rivals struggle to match. There’s still nothing else in this segment that’s quite as polished and premium.